The Mother Next Door 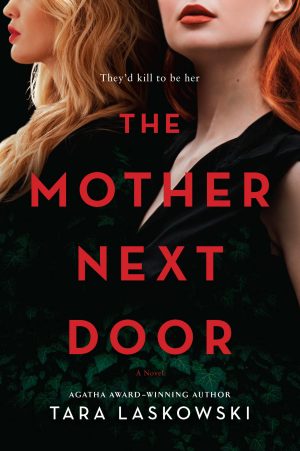 The annual Halloween block party is the pinnacle of the year on idyllic suburban cul-de-sac Ivy Woods Drive. An influential group of neighborhood moms—known as the Ivy Five—plans the event for months.

Except the Ivy Five has been four for a long time.

When a new mother moves to town, eager to fit in, the moms see it as an opportunity to make the group whole again. This year’s block party should be the best yet… until the women start receiving anonymous messages threatening to expose the quiet neighborhood’s dark past—and the lengths they’ve gone to hide it.

As secrets seep out and the threats intensify, the Ivy Five must sort the loyal from the disloyal, the good from the bad. They’ll do anything to protect their families. But when a twisted plot is revealed, with dangerous consequences, their steady foundation begins to crumble, leaving only one certainty: after this year’s block party, Ivy Woods Drive will never be the same.

From award-winning author Tara Laskowski, The Mother Next Door is an atmospheric novel of domestic suspense in which the strive for perfection ends in murder…

Tara Laskowski is the author of One Night Gone, which won the Agatha Award for Best First Novel and was a finalist for the Mary Higgins Clark, Anthony, Macavity, and Lefty Awards. She is also the author of two short story collections, Modern Manners for Your Inner Demons and Bystanders. Tara earned a BA from Susquehanna University and an MFA from George Mason University and currently lives in Virginia.

“Suspenseful, sinister, and just the right amount of spooky, The Mother Next Door absolutely captivated me. Tara Laskowski combines an idyllic suburban setting, an almost terrifyingly organized clique, a creepy urban legend, and a healthy dose of long-buried secrets for a propulsive, expertly paced novel you won’t be able to put down.”—Kathleen Barber, author of Truth Be Told