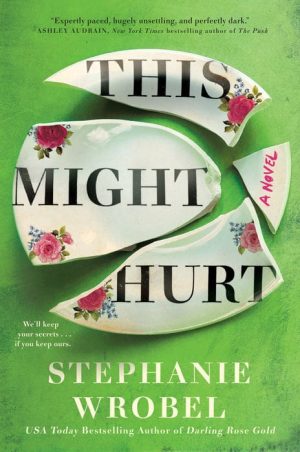 From the USA Today bestselling and Edgar-nominated author ofDarling Rose Gold comes a dark, thrilling novel about two sisters—one trapped in the clutches of a cult, the other in a web of her own lies.

Welcome to Wisewood. We’ll keep your secrets if you keep ours.

Natalie Collins hasn’t heard from her sister in more than half a year.

The last time they spoke, Kit was slogging from mundane workdays to obligatory happy hours to crying in the shower about their dead mother. She told Natalie she was sure there was something more out there.

And then she found Wisewood.

On a private island off the coast of Maine, Wisewood’s guests commit to six-month stays. During this time, they’re prohibited from contact with the rest of the world—no Internet, no phones, no exceptions. But the rules are for a good reason: to keep guests focused on achieving true fearlessness so they can become their Maximized Selves. Natalie thinks it’s a bad idea, but Kit has had enough of her sister’s cynicism and voluntarily disappears off the grid.

Six months later Natalie receives a menacing e-mail from a Wisewood account threatening to reveal the secret she’s been keeping from Kit. Panicked, Natalie hurries north to come clean to her sister and bring her home. But she’s about to learn that Wisewood won’t let either of them go without a fight.

Stephanie Wrobel is the international bestselling author of Darling Rose Gold. She grew up in Chicago but has been living in the UK for the past three years with her husband and dog, Moose Barkwinkle. She has an MFA from Emerson College and has had short fiction published in Bellevue Literary Review. Before turning to fiction, she worked as a creative copywriter at various advertising agencies.

“You’ll be gripped in this clever exploration of fear and vulnerability right until the flawless ending—one you’ll most certainly want to talk about.”—Ashley Audrain, New York Times bestselling author of The Push