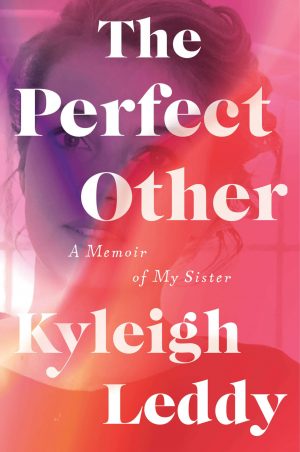 All Kait Leddy had ever wanted was a little sister. When Kyleigh was born, they were inseparable; Kait would protect her, include her, cuddle and comfort her, and, to Kyleigh, her big sister was her whole world.

As they grew, however, and as Kait entered adolescence, her personality began to change. She was lashing out emotionally and physically, and losing touch with reality in certain ways. The family struggled to keep this side of Kait private—at school and in her social life, she was still the gorgeous, effervescent life of the party with a modeling career ahead of her and big dreams. But slowly, things began to shatter, and Kyleigh could only watch in horror as her perfect sibling’s world collapsed around her. Kait was institutionalized with what would eventually be diagnosed as schizophrenia, leaving Kyleigh and their mother to handle the burden, shame, and guilt alone.

Then, in January 2014, Kait disappeared. Though they never found her body, security footage showed her making her way onto a big bridge over a river, where it is presumed that she jumped. Kyleigh is left wondering: What could she have done differently? How could this shining light be gone? And how will she find peace without her sister to guide her way there?

Kyleigh Leddy is a graduate of Boston College and is currently pursuing an MSW at Columbia University in advanced clinical practice and public policy. In 2019, she won the New York Times Modern Love college essay contest for an essay about grieving her sister, Kait. Her work has appeared in the New York Times and Parents, as well as other publications. She is based in New York City, and this is her first book.

“Leddy seeks courageously to “break the stigma” and silence that still surround schizophrenia and similar disorders while paying tribute to the woman whose life so profoundly transformed her own. A moving and deeply felt memoir about family and mental illness.” – Kirkus Reviews