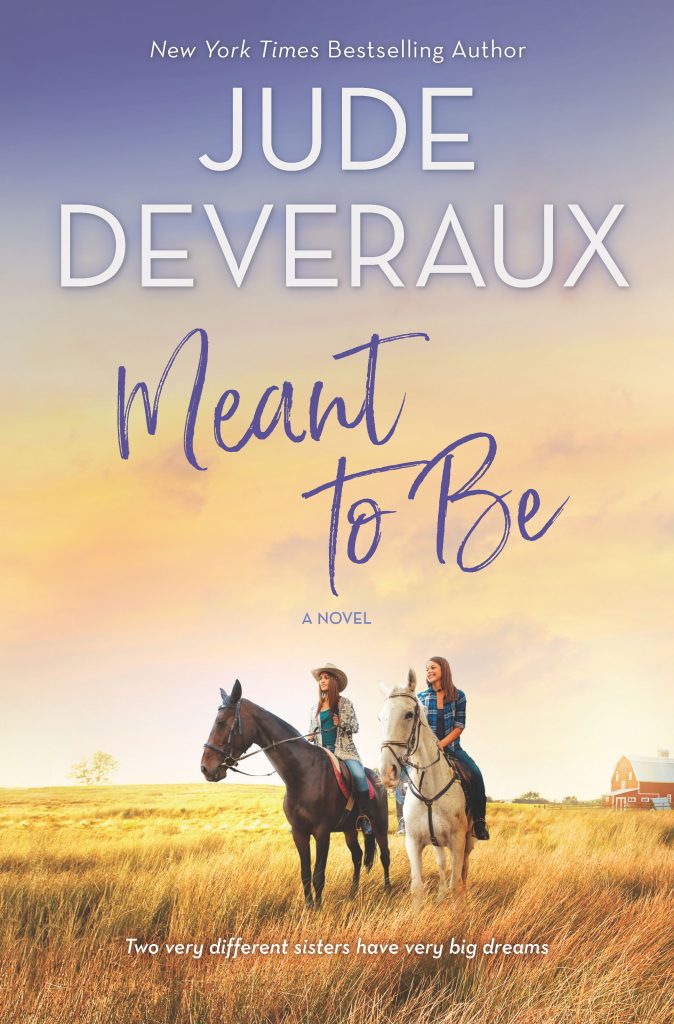 A novel
by Jude Deveraux

Two headstrong sisters are bound by tradition but long to forge their own path.

It’s 1972 and times are changing. In the small farming community of Mason, Kansas, Vera and Kelly Exton are known for their ambitions. Vera is an activist who wants to join her boyfriend in the Peace Corps. But she is doing her duty caring for her widowed mother and younger sister until Kelly is firmly established. Kelly is studying to become a veterinarian. She plans to marry her childhood sweetheart and eventually take over his father’s veterinary practice.

But it’s a tumultuous time and neither sister is entirely happy with the path that’s been laid out for her. As each evaluates her options, everything shifts. Do you do what’s right for yourself or what others want? By having the courage to follow their hearts these women will change lives for the better and the effects will be felt by the generations that follow.

Meant to Be delivers an emotional, smart, funny and wise lesson about the importance of being true to yourself.

Jude Deveraux is the author of forty-three New York Times bestsellers, including For All Time, Moonlight in the Morning, and A Knight in Shining Armor. She was honored with a Romantic Times Pioneer Award in 2013 for her distinguished career. To date, there are more than sixty million copies of her books in print worldwide.

“Deveraux spins an intriguing and unorthodox romance… An entertaining page-turner.”—Kirkus on Met Her Match

“Met Her Match is vintage Jude Deveraux from start to finish, a joy to read.” —Fresh Fiction on Met Her Match

Vera Exton couldn’t get that thought out of her head. The man she had always loved, the man who held the keys to her future, was finally home.

She was on the front porch of her family home. As always, she was surrounded by newspapers and magazines. She paid to have the New York Times sent to her. That it arrived three days late didn’t matter. At least she got to see what was going on in the world. The world. Not just Kansas, not just the US, but everywhere.

In college, she’d majored in political science, with a minor in geography. She knew where the Republic of Vanuatu was, where Rajasthan, India, was. She could tell Bhutan from Nepal by a single photo. She’d studied languages on her own and knew a smattering of several. Rhodesia, she thought. Madagascar. She’d send her sister photos of herself with a lemur when she got there. Kelly would like that.