The Black Swan of Paris 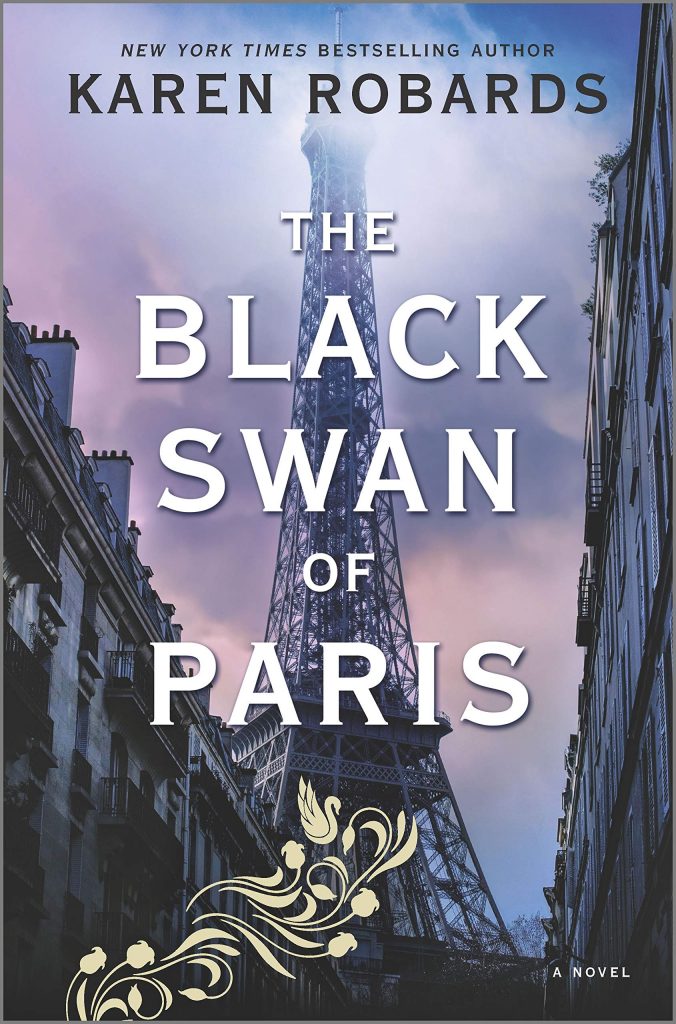 A Novel
by Karen Robards

For fans of The Alice Network and The Lost Girls of Paris comes The Black Swan of Paris, a thrilling standalone by New York Times bestselling author Karen Robards about a celebrated singer in WWII occupied France who joins the Resistance to save her estranged family from being killed in a German prison.

In Occupied France, the Resistance trembles on the brink of destruction. Its operatives, its secrets, its plans, all will be revealed. One of its leaders, wealthy aristocrat Baron Paul de Rocheford, has been killed in a raid and the surviving members of his cell, including his wife the elegant Baronness Lillian de Rocheford, have been arrested and transported to Germany for interrogation and, inevitably, execution.

Captain Max Ryan, British SOE, is given the job of penetrating the impregnable German prison where the Baroness and the remnants of the cell are being held and tortured. If they can’t be rescued he must kill them before they can give up their secrets.

Max is in Paris, currently living under a cover identity as a show business impresario whose star attraction is Genevieve Dumont. Young, beautiful Genevieve is the toast of Europe, an icon of the glittering entertainment world that the Nazis celebrate so that the arts can be seen to be thriving in the occupied territories under their rule.

What no one knows about Genevieve is that she is Lillian and Paul de Rocheford’s younger daughter. Her feelings toward her family are bitter since they were estranged twelve years ago. But when she finds out from Max just what his new assignment entails, old, long-buried feelings are rekindled and she knows that no matter what she can’t allow her mother to be killed, not by the Nazis and not by Max. She secretly establishes contact with those in the Resistance who can help her. Through them she is able to contact her sister Emmy, and the sisters put aside their estrangement to work together to rescue their mother.

It all hinges on a command performance that Genevieve is to give for a Gestapo General in the Bavarian town where her mother and the others are imprisoned. While Genevieve sings and the show goes on, a daring rescue is underway that involves terrible danger, heartbreaking choices, and the realization that some ties, like the love between a mother and her daughters and between sisters, are forever.

Karen Robards is the New York Times, USA TODAY and Publishers Weekly bestselling author of more than fifty novels and one novella. She is the winner of six Silver Pen awards and numerous other awards.

When the worst thing that could ever happen to you had al­ready happened, nothing that came after really mattered. The resultant state of apathy was almost pleasant, as long as she didn’t allow herself to think about it—any of it—too much. She was Genevieve Dumont, a singer, a star. Her latest sold-out performance at one of Paris’s great theaters had ended in a five-minute standing ovation less than an hour before. She was acclaimed, admired, celebrated wherever she went. The Nazis loved her.