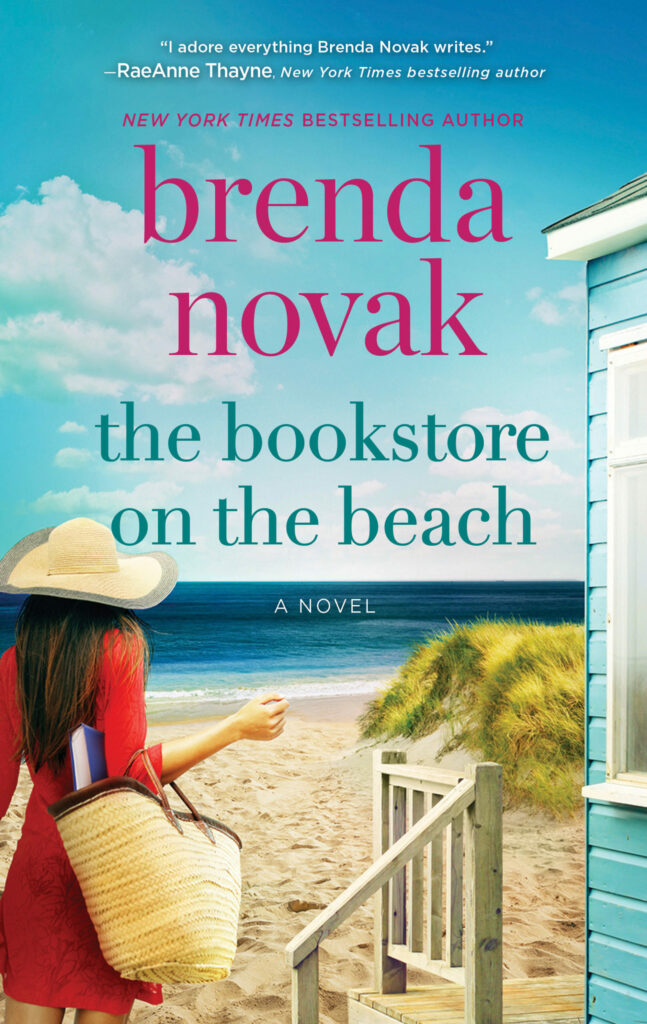 The Bookstore on the Beach

A novel
by Brenda Novak

For fans of Elin Hilderbrand and Mary Kay Andrews, comes New York Times bestselling author Brenda Novak’s newest standalone work of women’s fiction, a big, sweeping novel about family and the ties that bind and challenge us. In this novel, three generations of women from the same family share a house and work together at a bookstore in Colonial Beach over the course of a summer.

How do you start a new chapter when you haven’t closed the book on the last one?

Eighteen months ago, Autumn Divac’s husband went missing. Her desperate search has yielded no answers—she still has no idea where he went or why. After being happily married for twenty years, she can’t imagine moving forward without him, but for the sake of their two teenage children, she has to try.

Autumn takes her kids home for the summer to the charming beachside town where she was raised. She seeks comfort by working alongside her mother and aunt at their quaint bookshop, only to learn that her daughter is facing a life change neither of them saw coming and her mother has been hiding a terrible secret for years. And when she runs into Quinn Vanderbilt—the boy who stole her heart in high school—old feelings start to bubble up again. Is she free to love him, or should she hold out hope for her husband’s return? She can only trust her heart…and hope it won’t lead her astray.

Brenda Novak, a New York Times and USA Today bestselling author, has penned over sixty novels. She is a five-time nominee for the RITA Award and has won the National Reader’s Choice, the Bookseller’s Best, the Bookbuyer’s Best, and many other awards. She also runs Brenda Novak for the Cure, a charity to raise money for diabetes research (her youngest son has this disease).

“The Bookstore on the Beach is a page-turner with a deep heart. You’ll cheer for these admirable, complicated women. You’ll be breathless (and smiling) when you read the surprising end. (Don’t peek!)”—Nancy Thayer, New York Times bestselling author of Girls of Summer

“Novak handles difficult topics with sensitivity, making for a heart-tugging romance. Readers are sure to be sucked in.”—Publishers Weekly, starred review

Today her daughter was returning for the summer. Mary Langford gazed eagerly out at the street in front of her small bookstore, looking for a glimpse of Autumn’s car and, when she saw nothing except a large family going into the ice cream parlor at the end of the block, checked her watch. Three-thirty. Autumn had called at lunchtime to say that she and the kids were making good time. They probably wouldn’t be much longer.

“You’ve been quiet today,” Laurie commented from where she sat behind the counter, straightening the pens, tape, stapler and bookmarks.

Mary turned from the large front window she’d recently decorated with posters of the hottest new releases. “I worry when she’s on the road for so long.”

“She’ll make it, and it’ll be great to see her and the kids. They haven’t been back since Christmas, have they?”