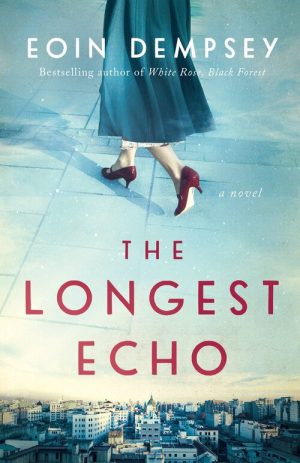 Against the backdrop of WWII-ravaged Italy comes a powerful and emotional novel of love, survival, justice, and second chances by the bestselling author of White Rose, Black Forest.

Occupied Italy, 1944. In the mountain regions south of Bologna, Liliana Nicoletti’s family finds escaped POW James Foley behind German lines. Committed to the anti-Fascist cause, they deliver him to a powerful band of local partisans. But when the SS launches a brutal attack against the Resistance, Liliana’s peaceful community is destroyed. Alone and thrown together by tragedy, James and Liliana fight together as Monte Sole burns. Forging an unbreakable bond, they know their only hope of survival is to make it to the Allied lines.

Twelve years later, fate reunites Liliana, newly widowed, and James, now a journalist for a New York magazine. Liliana reveals to him the obsession that has haunted her since the massacre at Monte Sole: finding and bringing to justice the SS officer who ordered her family killed. James has a revelation too. He might know how to hunt the man down. Joining forces once more, and increasingly drawn to each other, Liliana and James discover new levels of conspiracy on a journey that leads them to Argentina—and to a choice that will change their lives forever.

Eoin Dempsey is the bestselling author of Toward the Midnight Sun; White Rose, Black Forest; Finding Rebecca; and The Bogside Boys. His novels have been translated into a dozen different languages and have been optioned for film and radio production. Born and raised in Dublin, Ireland, Eoin moved to the United States in 2008.

“…a chilling page turner that explores a shocking, little-known episode in history and manages to include a touching love story.” ―Historical Novel Society

“A beautiful, heart wrenching novel that captivated me from the very beginning. This is historical fiction at its absolute best, and one of my favorite reads of the year.” ―Soraya M. Lane, Amazon Charts bestselling author of Wives of War and The Last Correspondent

“Based on the true horrors of WWII Monte Sole, this story tugs at the heartstrings while delivering authentic, engaging champions and page-turning scenes that continue beyond the war.” ―Gemma Liviero, bestselling author of historical fiction