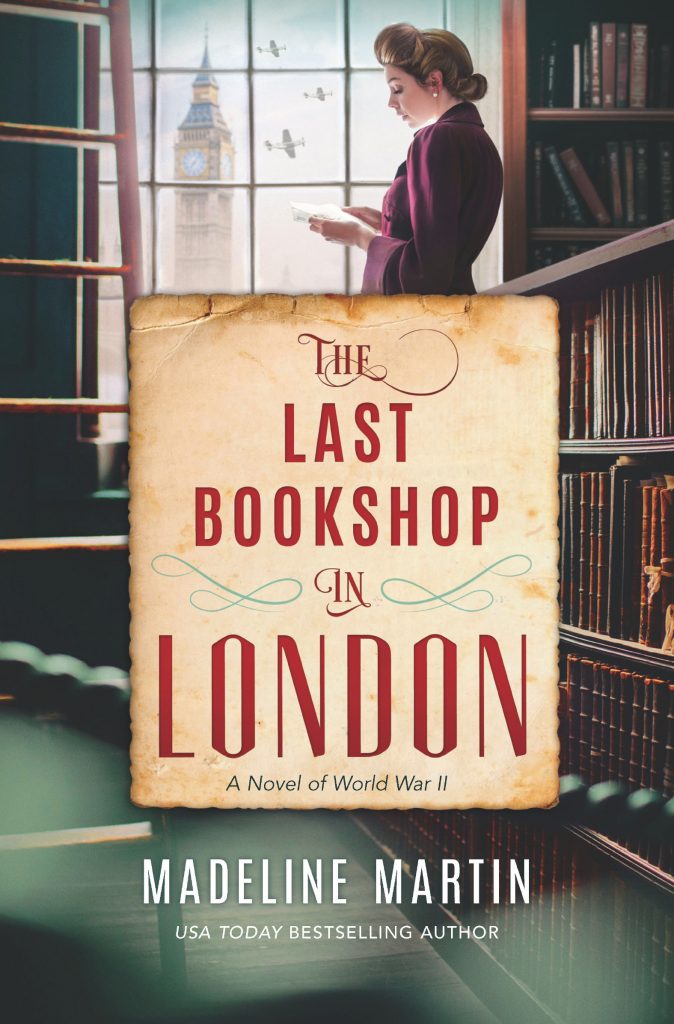 The Last Bookshop in London 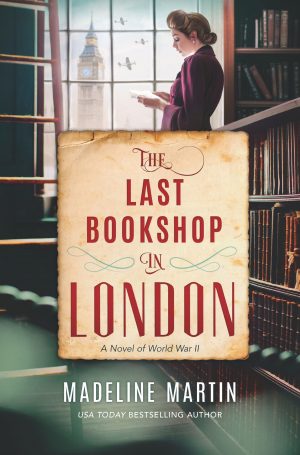 Inspired by the true World War II history of the only bookshop to survive the Blitz, a sweeping story of wartime loss, romance, and the enduring power of literature, perfect for fans of The Paris Wife and The Lilac Girls

London, autumn 1940: the Blitz has only just begun when Grace Bennett arrives in London to find the city she’s spent a lifetime dreaming about now cast in the clouds of war, and all of her plans unraveling at the seams. After accepting a job at a charming bookshop nestled in the heart of the city, a haven for literary-minded locals, she feels like a fish out of water – she’s never been much of a reader, after all.

As the bombs rain down on the city night after night, a devastating air raid leaves London’s literary center in ruins, and the libraries and shops of Paternoster Row are destroyed in a firestorm. But against all odds, one bookshop miraculously survives. Through blackouts and air raids, Grace continues staffing the shop, discovering a newfound comfort in the power of words and storytelling to unite her community in ways she never imagined, a power that triumphs even the darkest nights of war-torn London.

Madeline Martin is a USA TODAY bestselling author of historical romance novels filled with twists and turns, adventure, steamy romance, empowered heroines and the men who are strong enough to love them.

“The Last Bookshop in London is an irresistible tale which showcases the transformative power of literacy, reminding us of the hope and sanctuary our neighborhood bookstores offer during the perilous trials of war and unrest.” —Kim Michele Richardson, New York Times-bestselling author of The Book Woman of Troublesome Creek

“The Last Bookshop in London is a gorgeously written story of love, friendship, and survival set against the backdrop of WWII era London. Madeline Martin’s beautiful novel is a poignant and emotional love letter to books and bookshops themselves, and ultimately a testament to the power of stories to sustain us in even our darkest hours.”—Jillian Cantor, USA Today bestselling author of In Another Time and Half Life

GRACE BENNETT HAD ALWAYS DREAMED OF SOMEDAY living in London. Never did she imagine it would become her only option, especially not on the eve of war.

The train pulled to a stop within Farringdon Station, its name clearly marked on the wall inside a strip of blue set within a red circle. People hovered on the platform, as eager to get on as those within were to get off. They wore smartly cut clothing in the chic styles of city life. Far more sophisticated than in Drayton, Norfolk.

Equal parts nerves and eagerness vibrated about inside Grace. “We’ve arrived.” She looked at Viv beside her.

Her friend clicked the top on her lipstick tube closed and gave a freshly applied vermillion smile. Viv glanced out the window, her gaze skimming the checkerboard of advertisements lining the curved wall. “After so many years of wishing we could be in London.” Her hand caught Grace’s in a quick squeeze. “Here we are.”