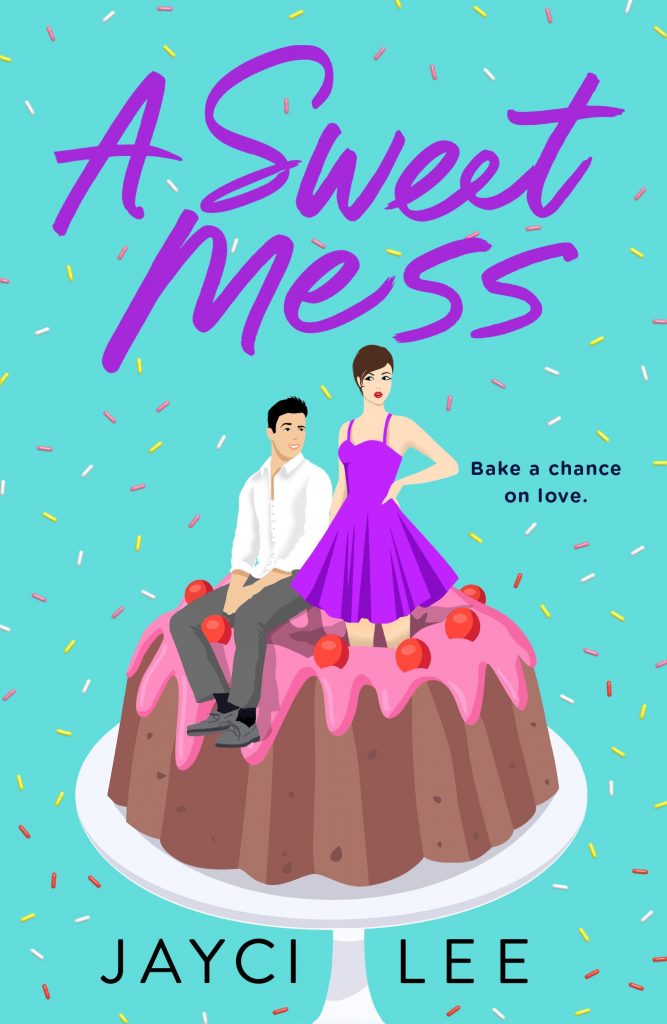 A Novel
by Jayci Lee

Korean-American author Jayci Lee delights with A Sweet Mess, a delicious and light-hearted
romantic comedy that readers will devour and ask for more.

Aubrey Choi loves living in her small town nestled in the foothills of California, running her highly successful bakery away from the watch of her strict Korean parents. When a cake mix-up and a harsh review threaten all of her hard work and her livelihood, she never
thought the jaded food critic would turn out to be her one-night stand. And she sure as hell never thought she’d see the  gorgeous Korean hunk again. But when Landon Kim waltzes into her bakery trying to clean up the mess he had a huge hand in making, Aubrey is torn between throwing and hearing him out.

When she hears his plan to help save her business, Aubrey knows that spending three weeks in California wine country working with Landon is a sure recipe for disaster. Her head is telling her to take the chance to save her bakery while her heart—and her hormones—are at war on whether to give him a second chance. And it just so happens that Landon’s meddling friends want them to spend those three weeks as close as possible…by sharing a villa.

When things start heating up, both in and out of the kitchen, Aubrey will have to make a choice—to stick it out or risk her heart.

Jayci Lee writes poignant, sexy, and laugh-out-loud romance every free second she can scavenge and is semi-retired from her fifteen-year career as a defense litigator. She loves food, wine, and travelling, and incidentally so do her characters. Jayci lives in sunny California with her tall-dark-and-handsome husband, two amazing boys with boundless energy, and a fluffy rescue whose cuteness is a major distraction. She is the author of A Sweet Mess.

“Lee’s (Temporary Wife Temptation) latest is perfect for anyone who enjoyed Amy E. Reichert’s The Coincidence of Coconut Cake. Readers will get lost in Aubrey’s sugary creations while rooting for the characters to find their happily ever after.” – Library Journal

“How’s this?” He’d chosen a small table at the back corner. When Aubrey nodded, he pulled out her chair and took a seat across from her.

Their proximity and relative privacy made the air between them hum with electricity. Their knees brushed every time either of them shifted in their seat, sending bolts of desire through him. A sharp intake of breath and a parting of her lips revealed Aubrey wasn’t immune to their magnetic attraction.

Landon had dated his fair share of beautiful women. There was no reason to act like a gawky teenager, but his roaring heart and churning stomach said otherwise. He couldn’t remember the last time he’d felt nervous around a woman. Her hand was resting less than four inches away from his, but he broke out in a cold sweat working up the nerve to brush his knuckles against it.