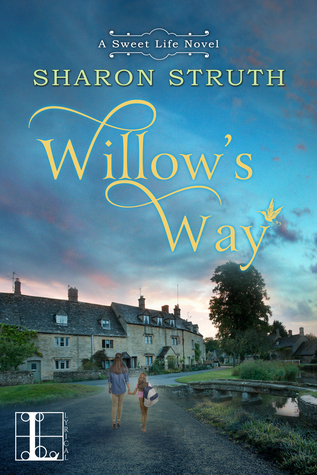 The breathtaking promise of the English countryside can lift even the heaviest spirits . . .

Willow Armstrong, the once-famous “Queen of Weight Loss” and president of Pound Busters, succumbed to stress eating after her divorce. Now the scandal of getting caught on camera binging on pizza, and the internet-wide mocking of her new curves, may destroy her career. Add in a business advisor who drained her finances, and Willow is out of options—until she learns she’s inherited a house in England’s most picturesque locale, The Cotswolds.

Willow’s trip across the pond to sell the property and salvage her company soon becomes its own adventure: the house, once owned by grandparents she never met, needs major work. Plus, single dad Owen Hughes, the estate’s resident groundskeeper and owner of a local tour outfit, isn’t thrilled about the idea of leaving . . .

Yet as Willow proceeds with her plans, she’s sidetracked by surprising discoveries about her family’s history–and with Owen’s help, the area’s distinctive attractions. Soon, she’s even retracing her roots—and testing her endurance—amid the region’s natural beauty. And the more she delves into the past, the more clearly she sees herself, her future, and the way home . . .

Willow Armstrong could hardly breathe as she stared at the video playing on her laptop. Stupid. She’d been so stupid. Once again, she’d let urges rule her choices, and this time, she’d been exposed. Willow squinted at the blurred image. Maybe that wasn’t even her. Heck, she’d seen clearer pictures of Sasquatch. “Are you sure that’s me, Becky? I mean, lots of people in Manhattan could own a black Lexus.” Her assistant remained silent on the other end of the phone for a little too long then said, “Give it a sec. Keep your eyes on the rearview mirror.” The camera zoomed on the inside of the car and the front mirror came into focus. Willow paused the tape and leaned on the marble kitchen counter to get a closer look. A shiny object hung off the car’s rearview mirror. Was that…? Nooooo! Dread wormed through her, twisting and turning like a knife in her gut. The silver folded-fork symbol associated with Willow’s weight-loss empire, Pound Busters, dangled off the mirror.