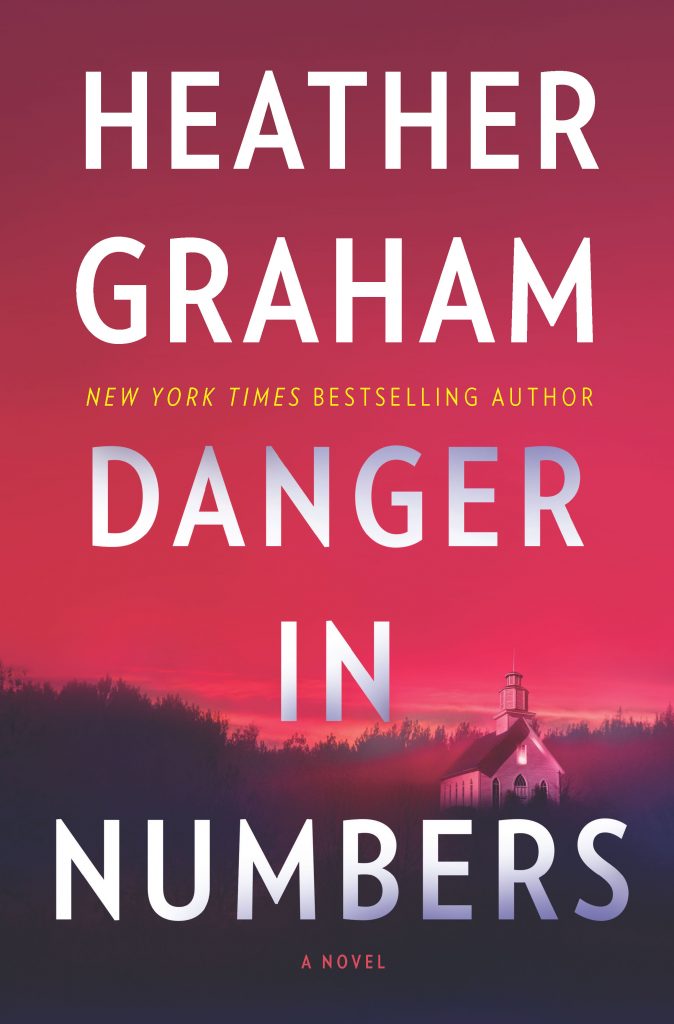 A Novel
by Heather Graham

This spring, Heather Graham returns with a sultry and shocking standalone thriller about an FBI special agent trying to run from his past and a state police agent bent on solving a horrifying crime, even if it leads the two of them into the web of a vicious cult. Graham deepens the intrigue and raises the stakes in Danger in Numbers.

On the edge of the Everglades, a brutal murder and an eerie crime scene set off an investigation that sends two agents deep into a world of corrupted faith, greed and deadly secrets.

A ritualistic murder on the side of a remote road brings in the Florida state police. Special Agent Amy Larson has never seen worse, and there are indications that this killing could be just the beginning. The crime draws the attention of the FBI in the form of Special Agent Hunter Forrest, a man with insider knowledge of how violent cults operate, and a man who might never be able to escape his own past.

The rural community is devastated by the death in their midst, but people know more than they are saying. As Amy and Hunter join forces, every lead takes them further into the twisted beliefs of a dangerous group that will stop at nothing to see their will dones

Heather Graham is the New York Times and USA Today best-selling author who has written over two hundred novels and novellas, has been published in approximately twenty-five languages, and with about 60 million books sold in print in the categories of romantic suspense, historical romance, vampire fiction, time travel, occult, and Christmas holiday fare.

“Immediately entertaining and engrossing… Graham provides plenty of face time and intimate connection, all lightened with humor, to reassure and satisfy romance readers. Though part of a series, this installment stands well alone.” —Publisher’s Weekly

“A thrilling, suspenseful plot that starts on the very first page and keeps you guessing until the very end! Kieran and Craig are an amazing crime-solving couple written with keen intelligence and sharp instincts. They demonstrate what a romantic partnership should be.” —RT Book Reviews

Sam Gallagher stood in the forest, deep within the trees, holding his wife and son to him as closely as he could, barely daring to breathe.

They would know by now. He and Jessie would be missed. He could imagine the scene: Jessie wouldn’t have appeared bright and early to help prepare the day’s meal with the other women. He wouldn’t be there to consume the porridge and water that was considered the ultimate meal for the workday—the porridge because it was a hearty meal, the water because it was ordained as the gift of life.

Their absence would be reported to Brother William, sitting his office—his throne room, Sam thought—where he would be guarded by his closest associates, the deacons of his church.

The family had only been in woods for a few minutes, but it seemed like an eternity. Jessie was so still Sam couldn’t hear her breathing, just feel the tremor of her heart.